Where does yerba mate come from? Many people still argue about it, but we know the answer! 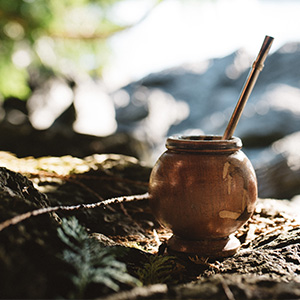 It would seem that the origin of yerba mate leaves no room for doubt. However, it turns out that there are still many discussions and arguments around this issue, especially on the internet. The latest one was provoked by the Spanish streamer and celebrity Ibai Llanos, whose Twitter post triggered an avalanche of comments! And it all started after he simply... asked a question.

As you probably know, the discoverers of yerba mate and its extraordinary properties were the Guarani Indians. The largest percentage of this indigenous ethnic group lives in Paraguay, and the mestizos, or people with European-Indian roots, make up about 70% of the population! Not surprisingly, the country and its people demonstrate a particularly strong attachment to the traditions and culture of this people; their language has official status, and in many places you will find bilingual signs and inscriptions. Even the local currency was named after the natives. When we add to this that the proper name of yerba mate is ilex paraguariensis, everything seems to be obvious: yebra mate comes from Paraguay. However, the truth is not that simple...

Where does yerba mate come from? All sides of the argument are partially right!

Ibai Llanos is a Spanish streamer who rose to fame commentating on e-sports competitions. He has celebrity status and his social media accounts are followed by millions of users. No wonder then that when he recently asked provocatively on Twitter whether yerba mate is Argentinian or Uruguayan, he caused an avalanche of responses. Most often they depended on the nationality of the commenters. The most outraged seemed to be the Paraguayans who were left out of the question, using the arguments we cited in the paragraph above. Uruguayans, on the other hand, boasted that their country was the cradle of yerba, uploading a photo of a sculpture depicting a vessel full of yerba mate. The Argentines, on the other hand, countered by saying that Uruguay was once a province of Argentina, and therefore the cradle of yerba can only be attributed to their country. The heated discussion went on at best, and if it were not for the language barrier, probably the Brazilians from the south would have added their two cents too...

So, what is the truth? Who is right in this dispute? It turns out that in a way... everyone! In fact, all of these nations can claim to be yerba mate pioneers. Why? Everything has its justification in history! 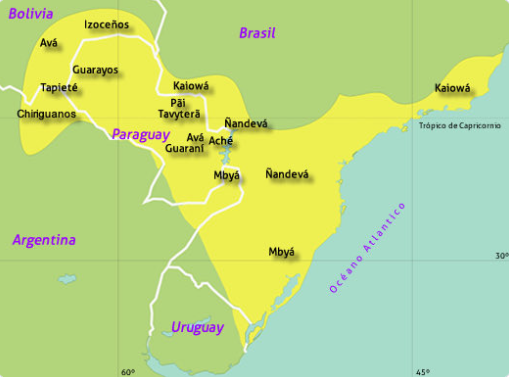 The heritage of the Guarani, the pioneers of yerba mate, belongs to everyone!

At the beginning of this text we mentioned the Guarani Indians and their pioneering role in the discovery and use of yerba mate. Paraguayans, in particular, feel that they are the continuators of their heritage, and it is in this country that most people can boast of their Guarani roots. However, it should be remembered that these people lived in South America long before the arrival of Europeans and the emergence of states in the modern sense of the word. What is more, they inhabited areas far beyond the present-day borders of Paraguay. Settlements of the people could be found there as well as in today's Argentina, Brazil and Uruguay. All these countries are therefore the motherland of the mate culture, so the internet dispute, although undoubtedly heated and full of emotions, turns out to be pointless! Thus, it is worth emphasizing even more the words which are often said in the context of our favourite brew: let yerba mate unite, not divide!