Guarana back in stock at MateMundo.co.uk! 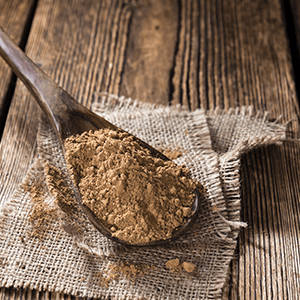 After a short break guarana is back in stock at our shop! This plant is well-known among mateists all over the world as it is a common ingredient of energizing yerba mate products. What should you know about guarana and its fruit?

Paulinia guarana, because this is the Latin name of the plant, is a vine native to South America. Guarana to this day plays a very important role in the Guarani culture - it was even named after this tribe. What is interesting, these people were the first to drink yerba mate and guarana infusions! It has got long, intensively green and ribbed leaves, and in the flowering period, it has got dense clusters of little white flowers. Their smell is intense yet pleasant. The most valuable parts of the plants are intensively red fruits with big black seeds inside. When they are ripe, the fruits open - it is said that they look like open eyes. There is a legend connected to this. Guarani tribe believes that the deity killed one of the children in their village and when everyone was grieving, the deity plucked one of the child’s eyes and planted it in the village. It is reported that after some time guarana grew up in that place.

Guarana – properties and use

As we already mentioned, guarana seeds infusions have already been prepared by Guarani tribe centuries ago. They used it for the effect of stimulation - energizing properties of guarana were already known at that time! It was even considered a magical plant. In the course of time, it was scientifically proved that this fruit contains a big amount of caffeine. Thanks to that, it has an energizing effect and boosts concentration. It can also be a support during the weight loss process. Some consider guarana to be an aphrodisiac; after consumption blood vessels dilate what can be helpful in erection problems. Guarana is often added to yerba mate - usually, it is added to boost the energizing potential of the infusions. The taste is an additional advantage. Guarana is delicately sour with a hint of bitterness thanks to what it perfectly contrasts with yerba mate. One thing is for sure - yerba mate with guarana is a great option for people who suffer from constant tiredness. Now guarana is back in stock at our shop. We encourage you to try yerba mate with guarana!