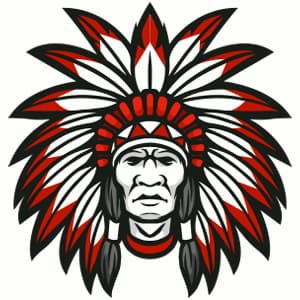 The cult of yerba mate in South America emerged centuries ago, and even today the drink is considered by the local people as part of their everyday life. It is known that the first discoverers and users of yerba mate were the Guarani Indians, long before the colonisers arrived to spread Christianity among the natives. Today, it is difficult to say when exactly the properties of yerba mate were discovered, but it is certain that the plant became very important for the Indians. So important that the moment of its discovery was reflected in stories passed down from generation to generation. Today, these legends are mixed together and each version is slightly different, depending on who is telling it. We will try to introduce some of them to you.

The original inhabitants of South America were very religious. Their life was almost imbued with religion. They believed that the world around them was inhabited by supernatural beings. They also believed that their ancestors came from a distant land across the ocean. The land of America turned out to be an ideal place for them to settle. Although the terrain was dangerous and completely unknown to them, thanks to their hard work and effort they soon managed to establish a new civilization. Two brothers, Tupi and Guarani, began to compete for leadership. One of the legends says that the conflict was caused by their wives arguing over a colourful parrot. As a result, the population split into two tribes, taking their names from the brothers' names. The Tupi tribe was very impulsive. The population engaged in hunting and led a nomadic lifestyle. The people of the Guarani tribe were more peaceful and god-fearing. According to the tradition of their fathers, they cultivated the land. They awaited the arrival of Pa'i Shume, a god with blue eyes and pale skin, who would come to teach them how to nurture the plants growing around them so that they would be profitable. He was also to reveal the secret properties of these plants, including the ilex paraguariensis, which the Guarani had not previously known.

The legend of the Yarii and Yara Indians, guardians of the sacred yerba mate plant

There is another legend connected to the origin of yerba mate and the figure of the god Pa'i Shume. After arriving in a new land, the Guarani Indians did not know how to cultivate the plants growing in the wild forest. Despite their efforts, after a few years the land became barren and they had to move to a new place, taking all their belongings and often exposing themselves to the danger lurking in the jungle. The nomadic lifestyle was troublesome. During one of their journeys, an old and ailing Indian named Yarii fell weak and decided to stay, leaving his tribe and condemning himself to loneliness. His faithful, beautiful daughter Yara stayed with him. She was the youngest in the tribe and she wanted very much to continue wandering with her friends, but at the same time she loved her father too much to leave him. They built a hut in the jungle and lived in solitude, looking after each other. One day a mysterious visitor came to their shelter - a shaman with pale skin and bright blue eyes. It was Pa'i Shume. Yarii and Yara hosted the newcomer as best they could, and in gratitude he gave them a plant - the evergreen Caa' Mate. He explained to them how to care for it, process it and consume it, so that they would never have to change their place of residence again. Caa' Mate, known as yerba mate, became a symbol of hospitality and love, and Yarii and Yara became the guardians of the sacred plant. An infusion of the plant's leaves restored the old Indian's health, and together with his daughter, they set out on a journey to join their tribe and pass on the knowledge they had been given by the god.

Another legend says that yerba mate was a gift from the goddesses of the moon and the cloud. Yarí, the goddess of the moon, observed from above what Tupá, the supreme deity in Guarani Indian beliefs, had created. Yarí admired the forests, the lush vegetation and the animals that walked the land. She wanted to see it all up close, so she decided to go down to the ground. She persuaded Arai, the cloud goddess, to make the journey. They came down to the Earth in the form of little girls. As they wandered through the jungle, a huge jaguar emerged from the bushes and attacked the goddess-girls. They closed their eyes in horror, and when they opened them, the animal was lying on the ground with an arrow stuck in it. They were rescued by an Indian who lived nearby with his family. The goddesses, wanting to thank him for saving their lives, put all the family to sleep using their magic powers. While Indians were asleep, goddesses planted the seeds of a mysterious plant in front of their house. In the morning, the seeds grew into a plant from which the Indian and his family made a drink and performed the yerba mate ritual for the first time.