Yerba mate in the everyday life of Argentines. The latest data helps understand the phenomenon! 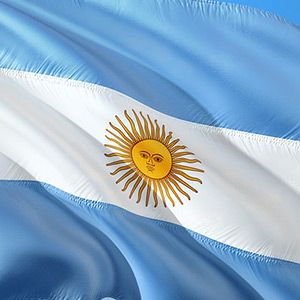 INYM, the Argentine National Yerba Mate Institute, has been supporting mate producers for years, helping with domestic and foreign promotion and collecting statistical data. One of the latest publications of the Institute is full of valuable information and curiosities that facilitate understanding of the phenomenon of yerba mate in its native country. We cover them in today's blog post!

The title of the work that we would like to refer to today is "Yerba mate consumption in Argentina". From February to April this year, scientists associated with the Institute conducted many surveys and talks about yerba with residents of the largest cities in the country. The collected data was grouped into several categories and presented in a document of over 70 pages. Among the statistical data, we managed to find a lot of curiosities. We have no doubt that British yerba mate fans will also be interested!

Yerba mate. Element of identity, symbol of friendship and reconciliation.

Argentineans agree that yerba mate is one of the most important elements of their cultural heritage. The infusion is reminiscent of the warmth of a family home or a meeting with friends and is associated with things that are done together. The social and integrating aspect of mate is noticed by both the older generation and the young. The first group, however, feels a bit more attached to the tradition. According to the authors of the report, the most common form of serving yerba mate in all study groups is a hot infusion prepared in a gourd and sipped through a bombilla. The so-called mate cocido (mate in tea bags) along with tereré, (cold mate served with ice, fruit and herbs) are not that popular. The Argentineans tend to associate them with the customs of their Paraguayan neighbors and do not consider them part of their own tradition. No wonder that the largest number of tereré fans live in territories close to the border with this country.

Remember, however, that although it is practically impossible to find an Argentinian who would not have heard about the yerba ritual, for most of them it is primarily a daily source of natural caffeine. Every morning, millions of people start their day with an energizing dose of infusion. It is popular with people of all social classes. It is enjoyed by both blue-collar workers, as well as high-level managers and students. Throughout the year, sales are at a similar level, noting slight increases during the holidays. Mate can be found in about 98% of households! People who drink the brew regularly constitute over 80% of the adult population of the country. When walking around the centers of large centers such as Buenos Aires or Corrientes, it's hard not to come across people with a gourd and a special thermos in their hand. Yerba mate is simply a permanent element of the urban landscape.